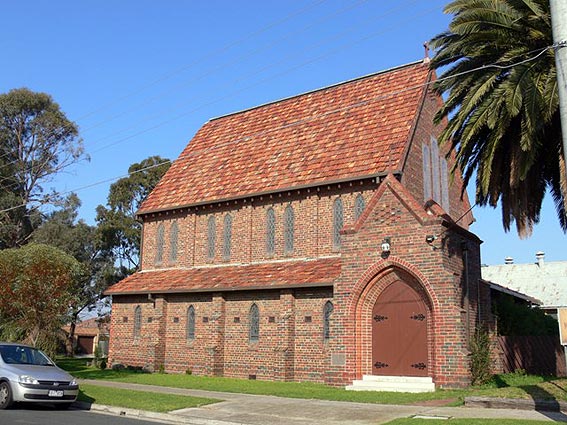 The nave of St Linus' Church was designed by Charles Heath (1867-1948) and built in 1932. It was planned as the first section of a most imposing building which, when complete, would have included transepts, a central tower and spire, and a sanctuary. These later sections were never completed. In 1978 Vanne Trompf redesigned the building, reversing the original orientation so that the congregation now faces west towards an ambulatory. The crossing arch was filled with a striking steel and glass structure which houses the baptistry, The building is notable for its absence of ornamentation and lofty, well-proportioned interior. It is the only known example of Heath's church architecture, although he carried out considerable work at Fawkner Crematorium nearby. [1]

This organ was built, probably in the 1850s, by James Moyle, of Ivy Cottage, High Street, Prahran. It is thought to be the earliest example of organbuilding in Victoria to survive. The original location of the instrument is unknown and its history is vague until its arrival at St Cuthbert's Anglican Church, Brunswick, about 1930. It may well have been built for use in a private home and it could have been the Moyle organ at one stage in St John's Anglican Church, Horsham. Unfortunately, no documentary evidence has yet been uncovered. [2) At some stage the pedal pulldowns were added and the hand-blowing arrangements modified.

About 1975, the organ was removed from St Cuthbert's Church and stored at Christ Church Anglican Church, Brunswick. The organ was subsequently given to the National Trust of Australia (Victoria) by the Christ Church parish and it was decided to place the instrument, following restoration, at St Linus' Church on permanent loan.

The restoration of the instrument began in early 1984 following the launching of the restoration appeal by the Prime Minister of Australia, Bob Hawke, who is a patron of the appeal, in November 1983. The work was carried out by George Fincham & Sons, of Richmond, who have been responsible for restoring the windchest (including the fitting of a new table), bellows, action and pipework. The casework has been restored by George Vlahiogannis, of Rendec Pty. Ltd. Northcote, who is well known for his skilled restoration work at a number of National Trust properties. The restoration has been funded by a National Trust appeal, coordinated by OHTA. More than $14,000 had been raised by the beginning of August 1985 towards the appeal target of $19,000. [3]

This small instrument, of chamber organ dimensions., has a distinctive Gothic case. There are three flats of gilt wooden dummy pipes placed within three cusped arches. The cornice of-the case is boldly crenellated and the music desk, carved in oak, incorporates a lyre motif. The casework is of pine which has been stained and finished to resemble cedar, although the latter material has been used for the keyboard assembly. The hood moulds above the three cusped arches were at some stage removed and have been replaced. The original builder's nameplate survives. The wooden pipework bears the impressed mark 'J. Moyle', but the metal pipework was almost certainly imported.

Examination of the records of the organbuilding firm of George Fincham & Sons at the State Library of Victoria reveal that this was not the Moyle organ that was at one stage at St John's Anglican Church, Horsham between c.1879 and 1906. This was a larger instrument and appears to have been destroyed when the new organ was installed. On 14 January 1943, Miss D. Matthews, 'Bonham', 290 Clarke Street, Northcote wrote to George Fincham & Sons indicating that she had a small pipe organ ... "the maker is James Moyle" (letters 'in' 22/276). Given that Northcote is an adjacent suburb to Brunswick, where a Moyle organ was installed at St Cuthbert's Anglican Church, it seems likely that this is the same instrument. It is not known how Miss Matthews acquired the organ. 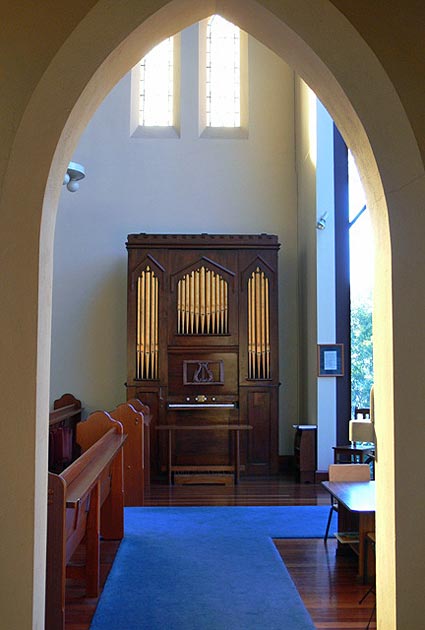 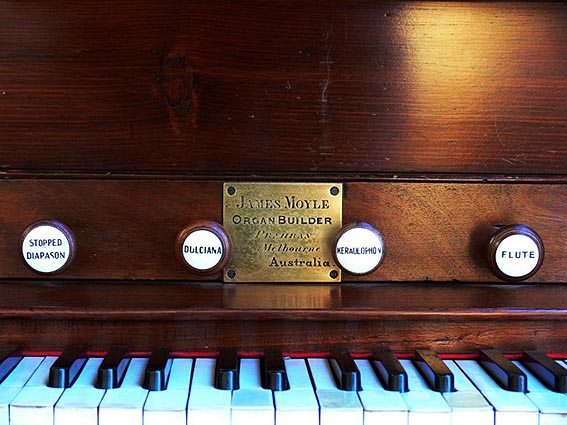 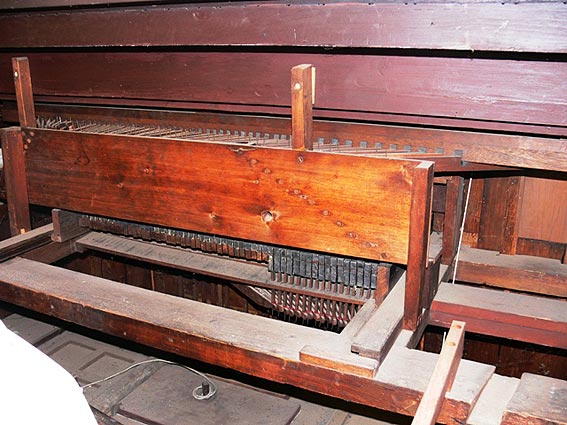 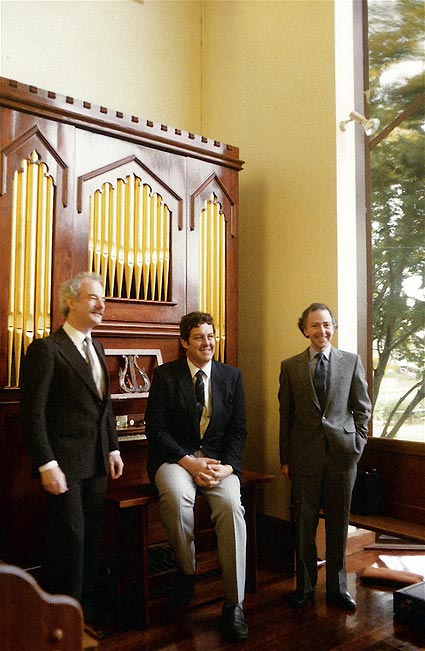