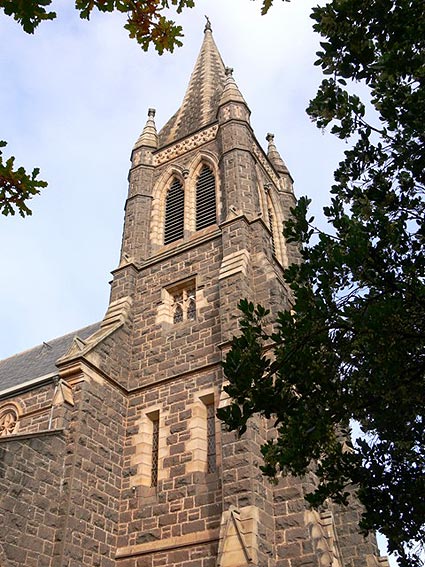 The foundation stone of Christ Church was laid in November 1876 and the building opened in 1878. Designed by Ballarat architect H.R. Casselli, this bluestone building incorporates a massive tower and spire at the west end, and a spacious nave, unusually of unplastered bluestone. The apsidal chancel was added in 1956-1957 to the design of G.S. Richards, Ballarat diocesan architect.1 In 1924, Robert Prenzel provided a design for a reredos and side panelling at the church.2 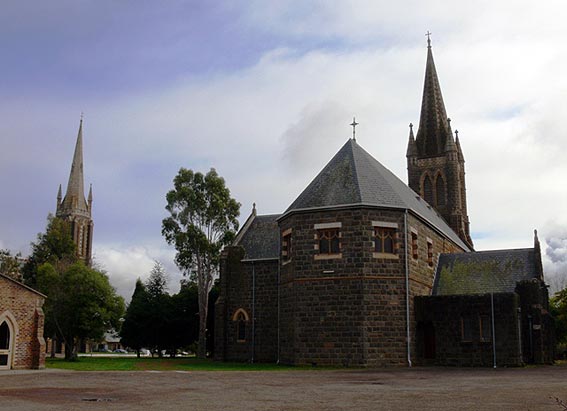 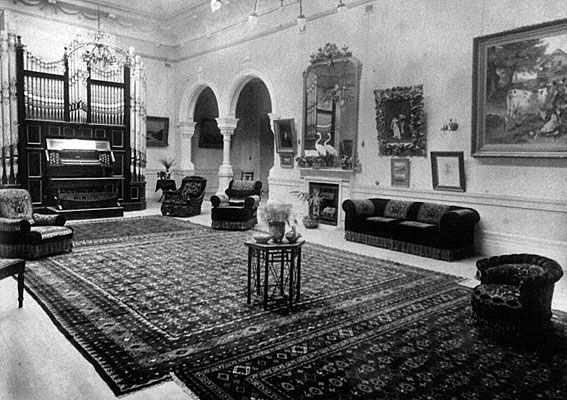 The 1892 Casson's Patent Organ Company organ placed in the ballroom at 'Noorilim', Armadale
(photograph courtesy of the Murchison Historical Society)

The organ was built in 1892 by Casson's Patent Organ Company, London and was installed in the ballroom at 'Noorilim', the residence of the Hon. William Winter Irving, Dandenong Road, Armadale, in 1894.3 The instrument was moved to Christ Church after 1901, and was rebuilt in 1957 by Hill, Norman & Beard, who electrified the action, resited the organ on a loft above the chancel and supplied a new console, but retaining all of the original pipework. The instrument is of particular interest for its imitative string stops, thought to have been voiced by William Thynne, who worked for Casson at the time, and the first such stops in Australia; and also for its floridly decorated facade pipes. 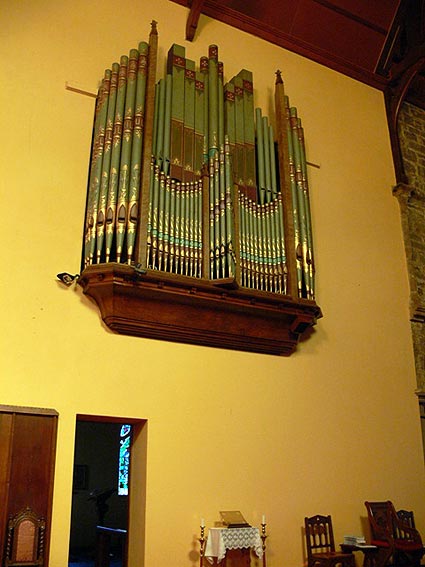 4 Casson's Patent Organ Company (Ltd), Church, Chamber and Concert ' Organ Builders : a brief explanation of their principles of construction, with testimonials and reports as to their work and specifications of same. Notting Hill, London, the firm, c.1892, p.32. 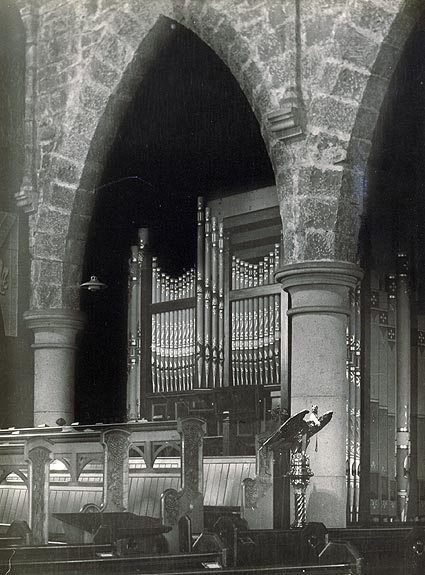 The Casson organ at Christ Church, Hamilton before the rebuild
(Meredith Elliot)