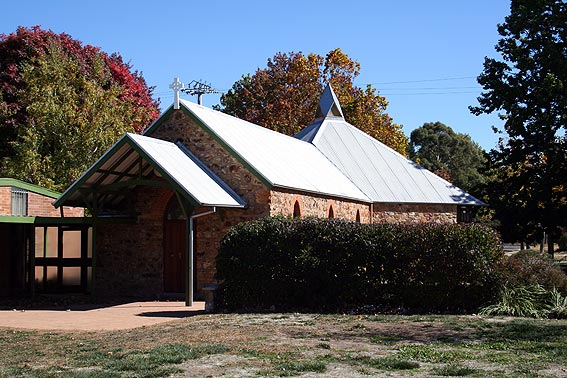 From: An Overview of the Pipe Organs of Canberra. Compiled by Geoffrey Wells with the help of many of the incumbent organists, priests and ministers, Trevor Bunning and many others. The Church booklets have also provided much background information."Printed by Christ Church (Anglican) Parish, Queanbeyan.

The oldest part of the stone church was constructed in 1873, replacing a wooden church with a bark roof and earthen floor somewhere on the same site. It was Presbyterian, serving the needs of the Scottish farmers with small holdings in the district.

The building has been extended twice - first about 1900 and again in 1979, but it has not been in continuous use for worship all that time. In 1920 the church was closed and used as a barn until the early 1940's, when, with the city growing around about, it was cleaned out, repaired, rededicated and named after St. Ninian. 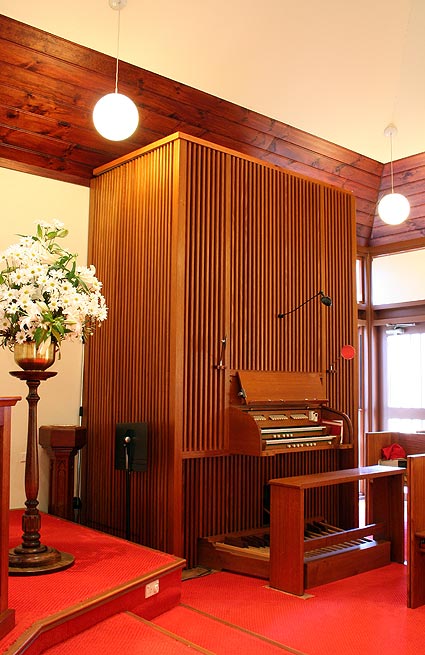 The music of the church was served by a succession of reed organs followed by a small electronic. After the extension of the building in 1979, it became apparent that this instrument was inadequate for the building and, in any case, reaching the end of its usefulness. The construction of a pipe organ was commenced on 1984 and completed on 1985, the builder being Anthony Welby.

There are three ranks (Open Diapason, Stopped Diapason, Salicional) extended to give the following stop list:


All pipework is under expression in a common swell box. 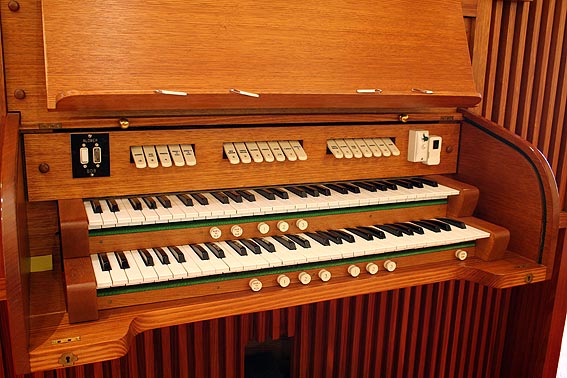 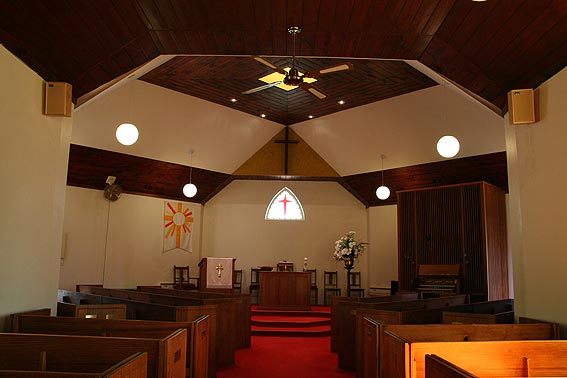