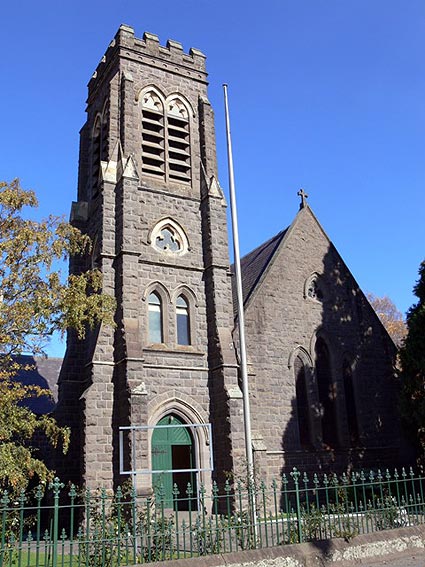 This large bluestone church was built in 1864-1867 to the design of Ballarat architect C.D. Cuthbert and later enlarged through the addition of the broad transepts and the massive tower (1891) that contains a peal of bells by Mears and Stainbank of London. The fittings include stained glass together a stone pulpit and much carved timber furniture.

The organ at St Peter's was built by William Hill & Son, Norman & Beard Ltd in 1929, the firm's Australian order number 73. It appears that much of the instrument was made at the firm's factory at York Road, London, including the console, metal pipework, windchests and reservoirs, which are stamped with the firm's English job number - 2770. The instrument replaced an earlier organ by George Fincham dating from 1877 which is now at the Uniting (formerly Methodist) Church, High Street, Preston. 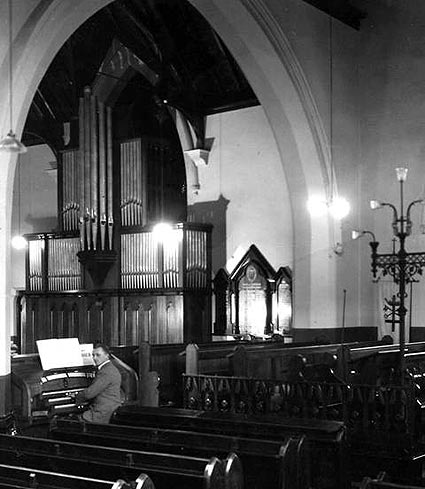 The Hill, Norman & Beard organ has remained almost totally intact, retaining its electro-pneumatic action, apart from the moving of the console and replacement of the cabling from the console to the organ. A comprehensive and careful restoration, fully respecting the integrity and significance of the organ, has recently been completed by Goldfields Pipe Organs. This work has been carried out under the auspices of an OHTA sponsored restoration appeal and included:

The organ is now in an excellent mechanical state while the pipework is now speaking correctly at an optimum level. Sadly, the organ is located in a chamber opening off the north transept, which is blocked from the nave by a lofty carved screen, so the full effect of this fine instrument has some difficulty reaching the congregation. However, the reeds now sound especially fine, the strings have a strong character and the Diapasons add up to a convincing effect.

This is one of the most substantial intact examples of all the Hill, Norman & Beard organs of the period and comparable with other instruments at St Peter's Cathedral, Adelaide and the Memorial Hall at Scotch College, Hawthorn. It is to be applauded that it has been so carefully conserved. 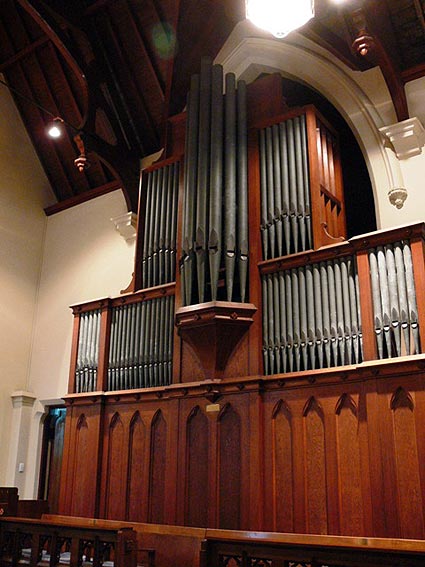